Ortlieb Quick-Lock systems allow you to remove and put the saddlebags in the carrier quickly, safely and with one hand.

These systems are designed to be very easy to anchor to the bike as well as to remove at any time. Once the saddlebag is placed, the anchors lock automatically preventing it from being released. All components of Quick-Lock systems can be replaced in case a part is broken.

Quick-Lock1 was Ortlieb's first hitch system whose self-closing hooks allowed the bulk carrier saddlebags to be put on and removed with one hand. Since this system appeared, it has continued to be used until today. 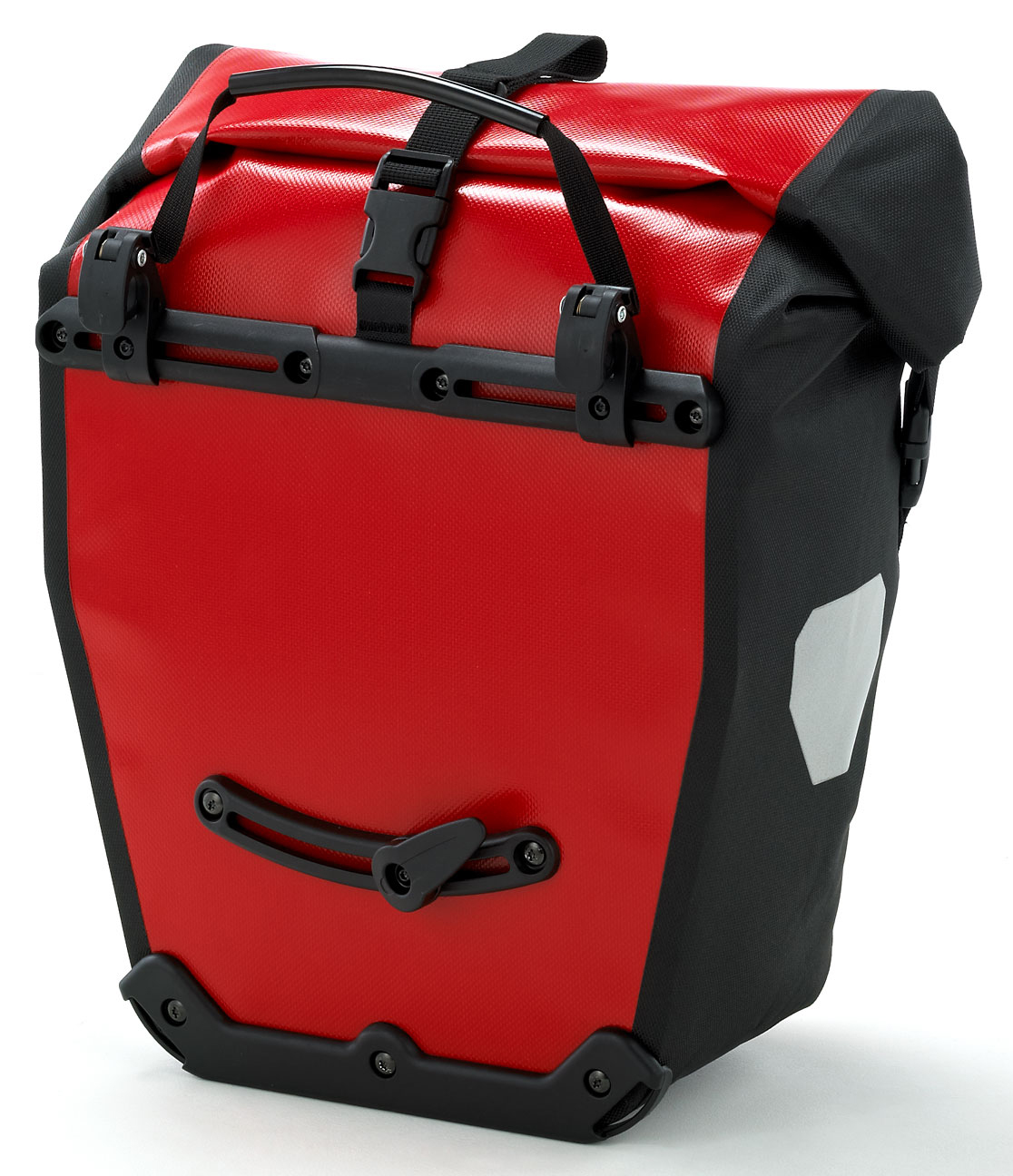 The top two hooks open when you pull the saddlebag handle, allowing you to place or remove it with this single gesture. Once the handle is released, the hooks close and lock leaving the saddlebag fully attached to the bike. These two hooks can be moved by their top rail to fit the distance that best suits each carrier or bike. To move or secure these hooks you need a 3mm Allen wrench.

The lower hook helps keep the saddlebag fastened and prevents unwanted movements. It is placed behind one of the vertical rods on the carrier to secure the bottom of the saddlebag and prevent it from moving when accelerating or braking. This hook rotates 360o in 15o sections and can also be moved along its semi-elliptical rail for optimal fit.

The QL1 system can be adapted to all carriers with rods up to 16mm in diameter. This is because it includes two bushings for use with 8mm and 11mm rods. Thus, the hooks are as fixed and secured as possible to the carrier.

Some front saddlebag models, such as the Sport Roller Classic and Sport Packer Classic, also have a protective plate under the bottom rail to prevent damage to the saddlebag fabric with the quick closing of the front wheel.

This system is born from the evolution and development of Quick-Lock1. The main novelty is that the hooks can be moved and adjusted on your rail without having to use any tools, thus getting the change from the saddlebag to another bike faster and easier. 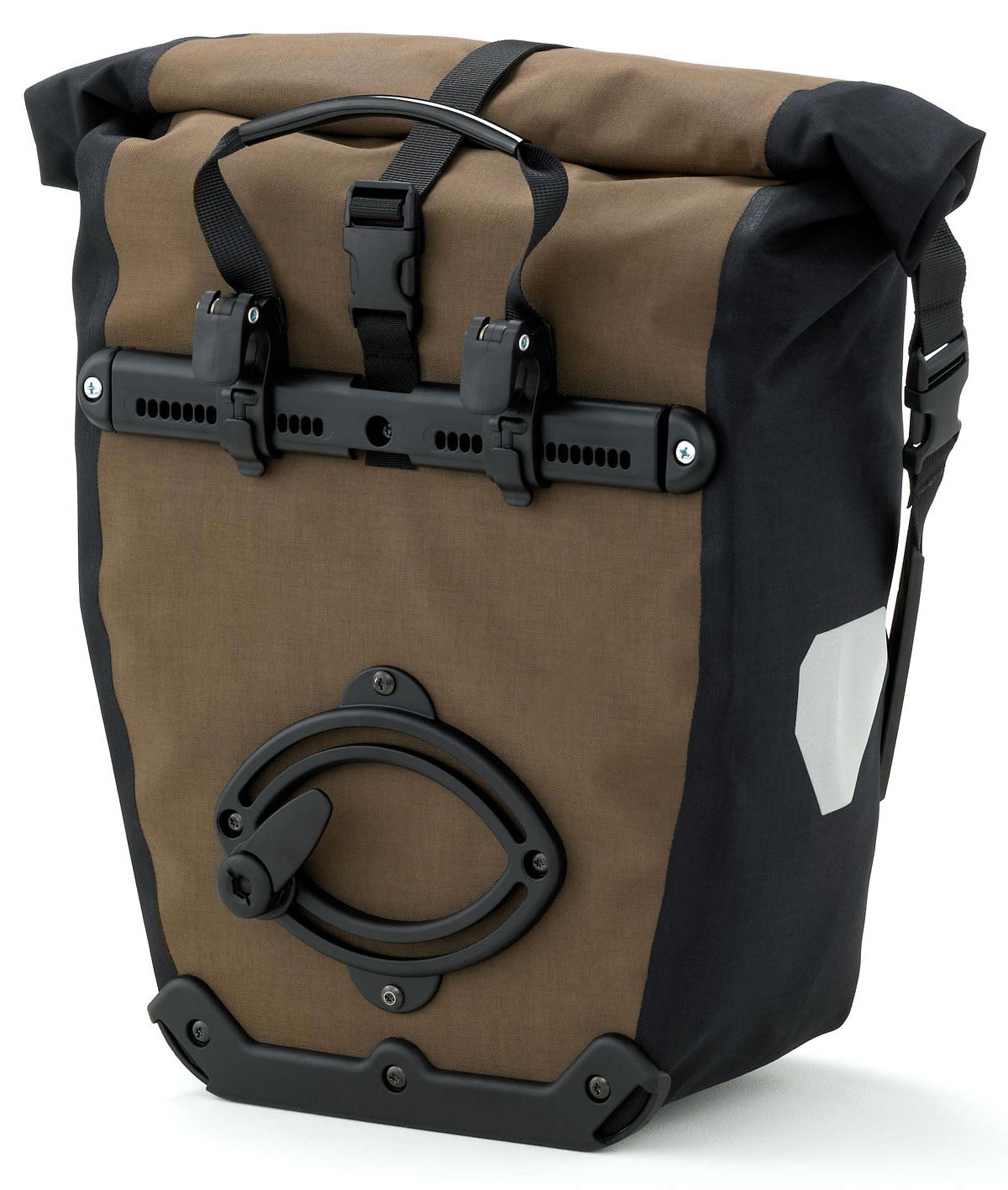 The locking system is identical to that of the QL1, lifting the hooks so that the saddlebag can be placed and removed comfortably.

The upper hooks move along their rail and are fixed at the necessary distance without the need for any tool thanks to a clip closure system in a guide with several measurements already set. This guide can also be tilted slightly over its center to make the saddlebag a little inclined to have more foot space when pedaling if necessary.

The lower hook holds the saddlebag to prevent it from moving along the way and in this case the lower rail is shaped like a complete ellipse which gives it greater margin to fit different carriers. The hook can be easily passed to the top half of the ellipse and can be oriented in 45o sections.

Like the QL1, this system includes 8mm and 10mm bushings to be able to adapt the saddlebag to any carrier up to 16mm. In addition you can add a small anti-theft lock in the top guide to secure the saddlebag to the bike. 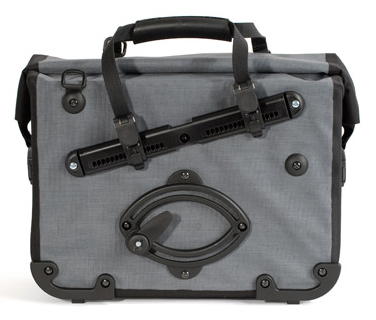 Although all saddlebags can be mounted interchangeably on both sides of the bike, there are special models such as the Office Bag QL2 and Downtown QL2 that are set as standard for mounting on the left side but have a special guide anchor that allows you to modify it to the right side.

The Quick-Lock2 system also incorporates a protective plate under the bottom guide to protect the saddlebag in front models such as the Sport Roller Plus or Sport Packer Plus.

This system, born in the 2014 season, is based on the QL2 system and incorporates significant improvements in key points of the anchorage. It is also a necessary evolution to adapt to the new range of bicycles and luggage racks. 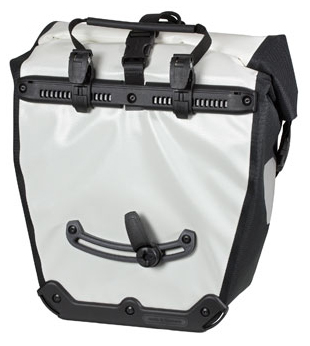 In the QL2.1 the upper rail is made of a single piece so that greater stability of the saddlebag is achieved.

The lower rail is now semi-elliptical in shape although it can be disassembled to be reassembled with the curvature facing up. This rail is made of a plastic with "Anti Scratch" function that, having a softer surface, reduces abrasion on the attachment and causes less damage to the carrier rod. The lower hook can be adjusted and rotated in 15o sections.

The joint of both upper and lower rails to the saddlebag has been changed to be able to use flatter nuts that do not stand out from the inside of the saddlebag. This ensures that the material inside is more protected against possible friction or shock with the nuts.

The upper hooks can be attached to the 8 and 10mm bushings that also have an "Anti-Scratch" function to reduce rubbing with the rod. In addition, it includes an additional 12mm bushing required for new bulk carrier models. In the Quick-Lock2.1 system, the bushings are inserted into the hook on the side and secured with a locking mechanism to prevent them from being lost. There is also a set of 20mm hooks for thicker carriers, 17 to 20mm in diameter, such as those usually carried by electric bikes (E-bikes).

As in the QL2 system, the saddlebag is placed and locked in the carrier by simply pulling the handle, the same anti-theft lock can be integrated and all hooks are adjusted without the need for any tool. 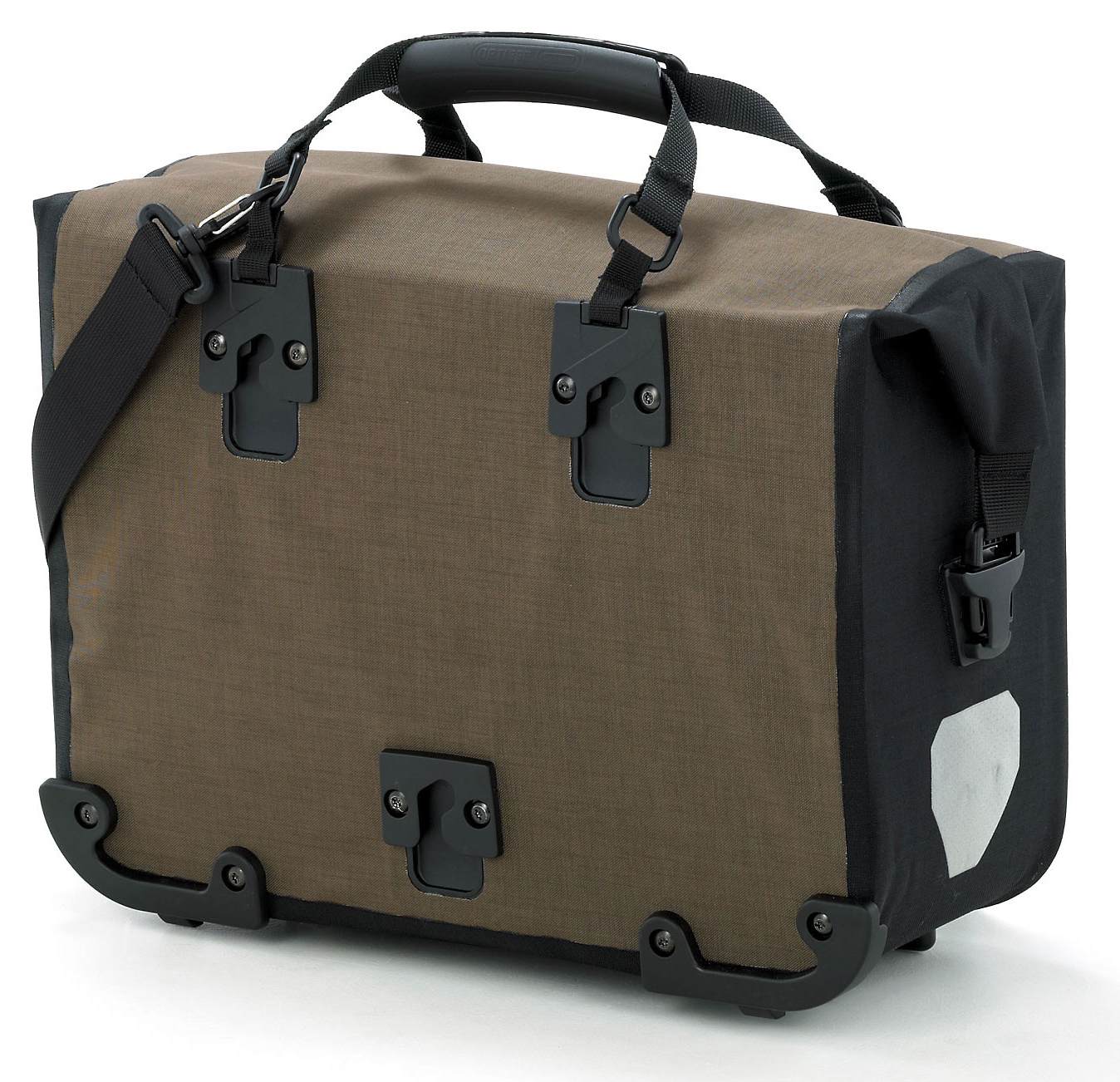 The Quick-Lock3 system was specially designed for city saddlebags as its main feature is that the larger anchorage components (rail and hook) are independent of the saddlebag and are attached directly to the carrier. This means that the back of the saddlebag has no elements that stand out and is more comfortable to carry on the shoulder or in the hand.

As in the previous systems, the saddlebag is easily put on and removed with one hand simply by lifting it by the handle.

The rail is mounted directly on the carrier and can be placed on both sides and adjust both the height and angle until it is mounted even completely vertically. In this way you can get the necessary legroom when pedaling. When mounting the rail on the side of the carrier and not occupying the upper rod for anchoring, the entire top of the carrier is free to be able to mount baskets, trunkbag, etc. This rail is also compatible with QL1 and QL2 systems. The lower hook rotates completely in 15o sections to adjust it according to the type of car 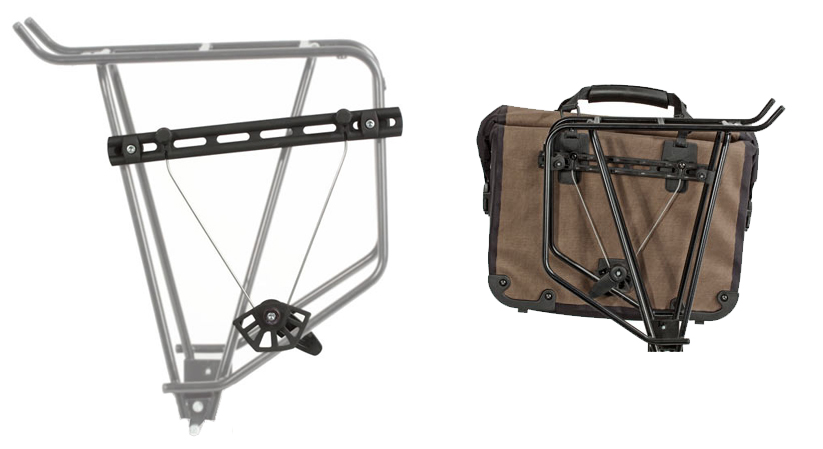 Saddlebags with the Quick-Lock3 system on your body can be attached directly, without mounting rail, to the Tubus "Minimal QL3" and Racktime "Match-it QL3" carriers.

If you need any model, you can see the Ortlieb saddlebags available in our store.

This site uses Akismet to reduce spam. Learn how your comment data is processed.

We are also in